Apple wins the patent for Touch ID and Face ID

As per the rumored of iPhone 14, words were all around that, Apple going to lose the patent for its Touch ID and Face ID, but a patent granted today describes how both the biometric authentication form could be embedded into a smartphone's display. It would even be possible to embed the front-facing camera into the screen, though this is likely to be a later development. Apple explains that the current iPhone design has an imaging sensor next to the display, rather than part of it - through the notch design does somewhat give the impression of it being part of the screen.

Apple explains, "Typically, an imaging sensor is positioned below the protective cover, adjacent to the display stack. As such, a conventional electronic device incorporating both a display stack and an imaging sensor typically requires a large-area protective cover that extends beyond the periphery of the display stack in order to reserve space to accommodate the imaging sensor. This conventional construction undesirably increases the apparent size of a bezel region circumscribing the display, while also undesirably increasing the size and volume of the housing of the electronic device."

The main focus of the whole patent is to embed an imaging sensor into the display in order to read a fingerprint, - Touch ID. 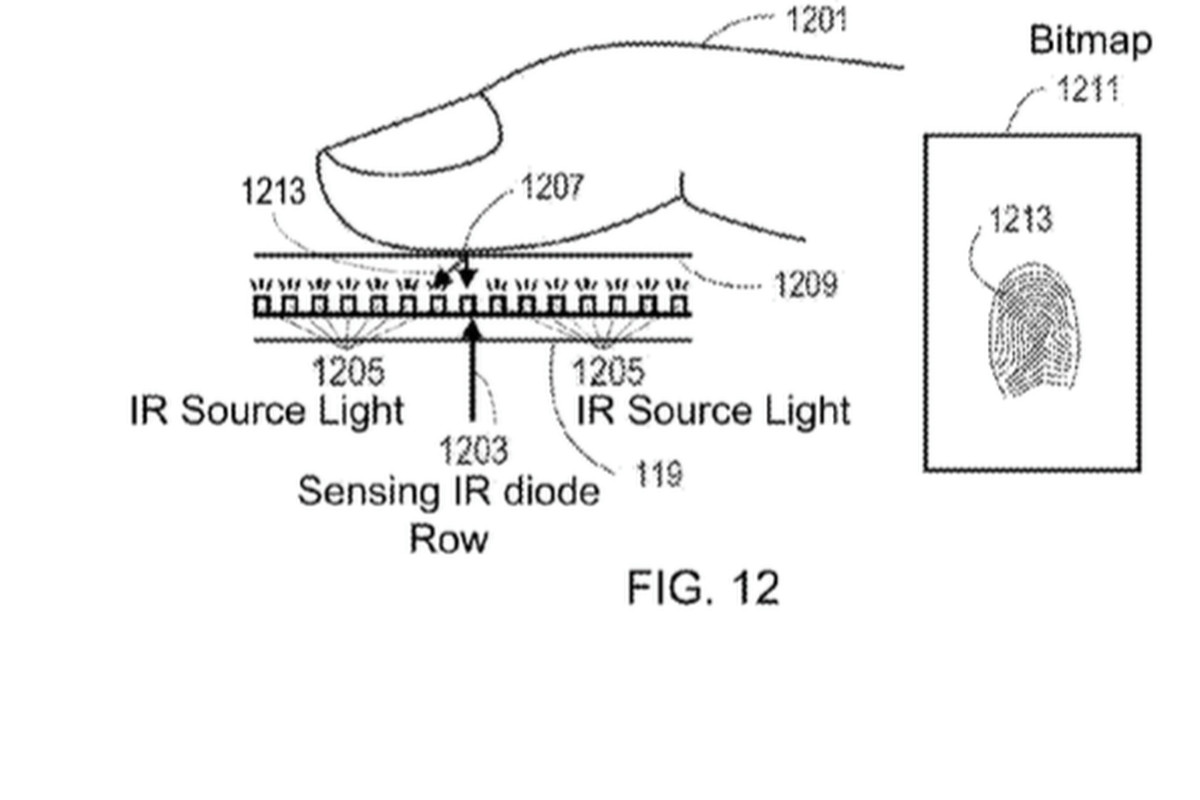 "For simplicity of description, many embodiments that follow reference a construction in which an electronic device implements through-display imaging to capture one or more images of a fingerprint of a user touching a specified region (an “imaging region,” above an imaging aperture) of the display of the electronic device."

Apple opts for the same approach for including Face ID into the display.

"As noted above, an electronic device can implement through-display imaging for any suitable imaging, sensing, data aggregation, or light capture purpose including, but not limited to face recognition."

Having both forms of biometrics embedded into the display would also mean that Face ID could be embedded into Mac diplays also, removing the need for a wider bezel or notch. After Apple's idea behind the patent, we can confirm that sonner or later, it would be possible for smartphone makers to embed front-facing camera into the display.

One thing we are sure about is that, Apple tries and test out the latest technology and always brings out something new into the market. They always try to stay ahead in terms of technology and hardware from everyone else.