A new major upgrade for software like an operating system typically comes with some bugs at launch. However, it seems that the latest Apple iOS 16 update is riddled with them since a number of issues have been popping up recently. So here are all the details.

A few users say that Apple has clarified that the problem with flashing lines is not a hardware issue. Instead, Apple reportedly said that it is an iOS bug. Some iPhone 14 Pro and iPhone 14 Pro Max users claim that the issue started with iOS 16.2, while others state that it was present in older iOS 16 versions.

The new bugs in the iOS 16 affect not just the new iPhone 14 series models, but also the older iPhone 13 as well. Reportedly, some iPhone 14 Pro and iPhone 13 have been facing an odd screen freezing bug. This basically means that there are animations glitches and at times the device stops working entirely.

The issue first surfaced after iPhone users upgraded to te new iOS 16.1 update, which was released last week. A number of iPhone 14 Pro users have taken to social media to voice their concerns and showcase the issue. 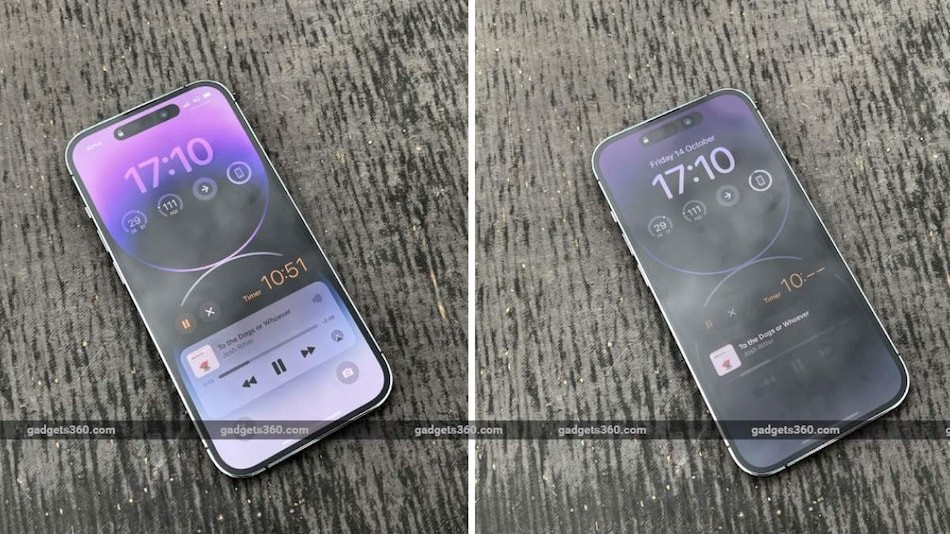 Affected users have also checked for a workaround to fix the problem from their end. Some say that turning off the Always On Display feature has helped them to resolve this issue. Some iPhone 14 Pro and iPhone 14 Pro Max users have reported that resetting the device also works.

The iPhone 14 Pro display can be see stuck on the Spotlight Search menu in one video on YouTube, despite the user trying to exit it. The device can’t reach the home screen either, although the app switcher is working, so it means that the iPhone isn’t completely unresponsive. Apart from the iPhones hanging up, the new iPhone 13 model users are also facing an even weirder display issue that turns the entire into green.

Similar to the previous bug, the issue arose after the iPhone 13 was upgraded to the iOS 16 update. Once the screen turns green, the device’s display is quite literally unusable with the only thing being displayed being the color green. If your iPhone is under warranty, you can get a free iPhone 13 display replacement. It remains to be seen when Apple will fix these issues, but there’s a good chance that the new iOS 16.2 update will address at least some of these bugs.