It has been quite some time since the buzz about the upcoming rendition to the ROG phone franchise began. There have been quite a few leaks regarding the same, including its looks and specification. ROG or Republic of Gamer is the gaming-focused division of the Asus brand. Previous entries of the same have worked well in the market and the followers of the brand are excited to know when the next version will be out. Asus ROG Phone series is known for its quirky accessories and loaded features on the phone itself. 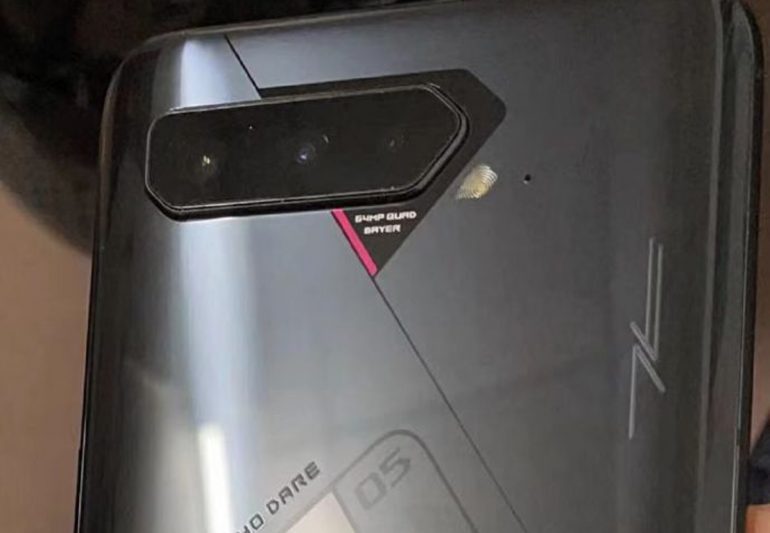 It has been hinted that the launch of Asus ROG phone 4 seems to be nearby as there have been quite a few leaks regarding the successor of the series over the last few weeks. A leaked image of the rumored ROG phone 4 has been going around lately and the biggest catch of all is not its design or camera alignment but the number 5 written on the back. Since Asus is of Taiwanese origin, skipping of number 4 for its series is well expected as in Taiwan, not unlike China number 4 is considered inauspicious.

Separately, Asus ROG  Phone 4 specs have been tipped off and it is under expectation that the smartphone will come with a massive 6,000mAh battery with 65W fast charging support.

The ROG Phone 4 or 5 whatever it may be, can be seen having the same design as its predecessors in the series. The smartphone will come with a tri-lens arrangement. A red button is also present at the bottom-right of the phone, which can be used to trigger gaming mode. But all of this is still a speculation and none of it is confirmed. So we would advise you to don't get your hopes up too much.

Now getting to some reliable leaks, Digital Station has shared with Weibo that the ROG phone will come with a dual cell 6,000mAh battery with 65W  fast charging. The predecessor of the newest ROG phone could only support up to 30W fast charging. This going to 65W is a massive leap and quite helpful to deal with monstrous battery consuming games this phone was built to play. According to Geekbench, the phone could come up with Snapdragon 888, pack 8GB of RAM, and run Android 11 out of the box. Earlier leaks have also suggested the ASUS ROG Phone 4 could feature an FHD+ AMOLED panel with a 144Hz refresh rate.