Tencent's PUBG Mobile game has come a long way down in two years since it's release and now has earned it's seat in the Top Battle Royale games for mobile devices. Earlier during the release of the game noone ever imagined that the game will go this big especially since many battle royale games existed at that time. The frequent in-game updates and additional features of Pubg mobile has helped the app keep it's original million users and attract more, making the numbers reach billions and still counting. Tencent has amazed us yet again and again. When the people demanded a new map they gave us Sanhok and earlier this month we got the Mega Update 0.18.0 that introduced cool new features like ‘Golden Mirado’, ‘Vending Machine’, ‘New weapon’ and ‘Sandstorm Mode’.

PUBG Mobile has already released a new mode for their every map except ‘Sanhok.’ But now it’s Sanhok’s turn to get one for itself with the new “Mysterious Jungle” mode. This mode was earlier teased to be released alongside the 'Sandstorm Mode' in 0.18.0 update. Now get ready for a new ‘Jungle Adventure Mode’ on 1st June 2020. 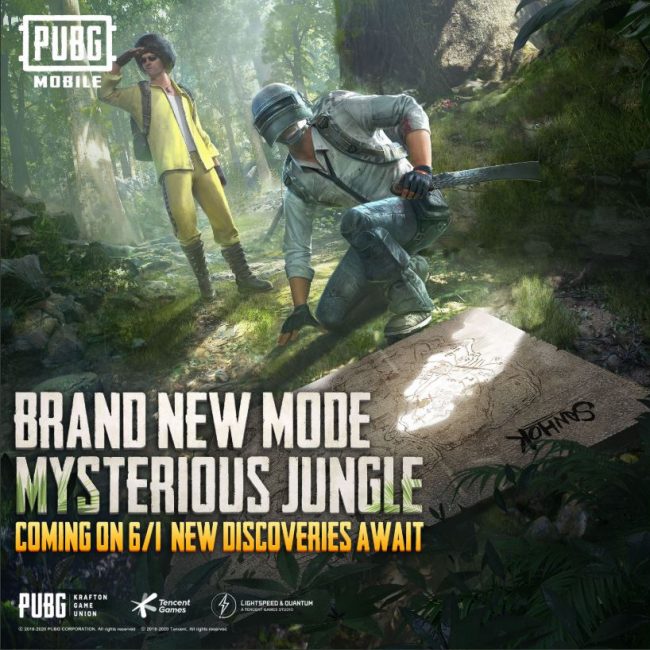 Sanhok is one of the well-executed and developed map by Tencent, whether it’s the Jungle, the climate or the huts in map, everything at its peak. Tencent is finally releasing a new mode for their most invested map in PUBG Mobile is really something to look forward to.

The new ‘Jungle Adventure Mode’ comes with several new in-game elements including hot-air balloon, Totems, Jungel Food having their own aspects in the game. Totems is a new item said to grant blessings to players who find it. Jungle Food provides player with a buff.

Hot-air balloon is another major thing in Jungle Adventure Mode that most players will have their eyes on. Hot-air balloon will act as a transport vehicle having an unpredictable route. We can scout the areas around and killing some enemies if spotted from ballon. The capacity of the Hot-Air balloon is still unknown.

Difference Between 10nm and 7nm Processor