The Oppo Reno 8 Pro+ will be released soon as part of the Reno 8 series. Here is everything you need to know about the device. 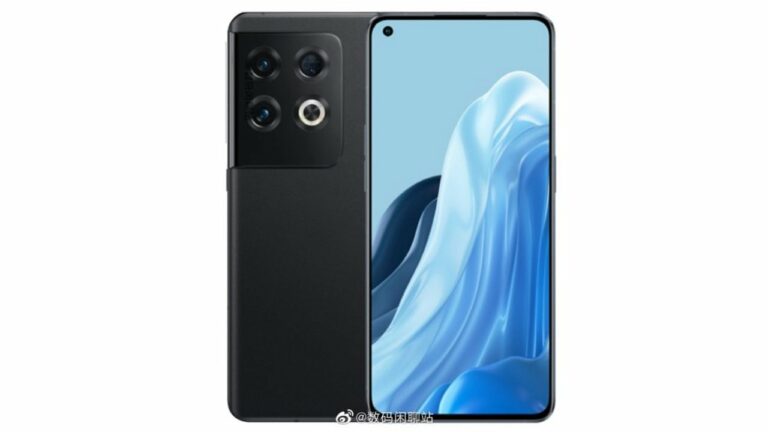 In China, the Oppo Reno 8 series is likely to be released soon. Oppo Reno 8 Pro+, Reno 8, Reno 8 Lite, and Reno 8 Pro are the three smartphones in the series. The premium variant's crucial specifications have now leaked online.

The next Reno 8 Pro+ smartphone will have a 6.7-inch OLED display with FHD+ resolution, according to tipster Mukul Sharma. In addition, the panel will feature a 120Hz refresh rate. The smartphone will be powered by the Dimensity 8100-Max chipset.

The phone will also include a triple camera arrangement on the back. The primary sensor will be a 50-megapixel Sony IMX766. The leak does not give any information on the other sensors. In addition, the gadget will have a 32-megapixel IMX709 sensor on the front for selfies and video calls.

The device will also be small at 7.34mm and weigh 183 grammes, according to the source. It is reported to have a 4500mAh battery with quick charging at 80W SUPERVOOC. Android 12 will be installed on the phone. A X-axis linear motor, twin stereo speakers, and NFC will be among the other features.

An aluminium frame is also believed to be present on the Reno 8 Pro+. Finally, the phone will be available in three colours: green, grey, and dark black.

The Oppo Reno 8 Pro 5G's colour options, storage options, and display specifications were recently leaked. The Reno 8 Pro will be available in two variants: 8 GB RAM + 256 GB storage and 12 GB RAM + 256 GB storage, according to the company. There will be two versions of the vanilla Reno 8. The phone will have a 6.5-inch Full HD+ display with a resolution of 1920 x 1080 pixels. 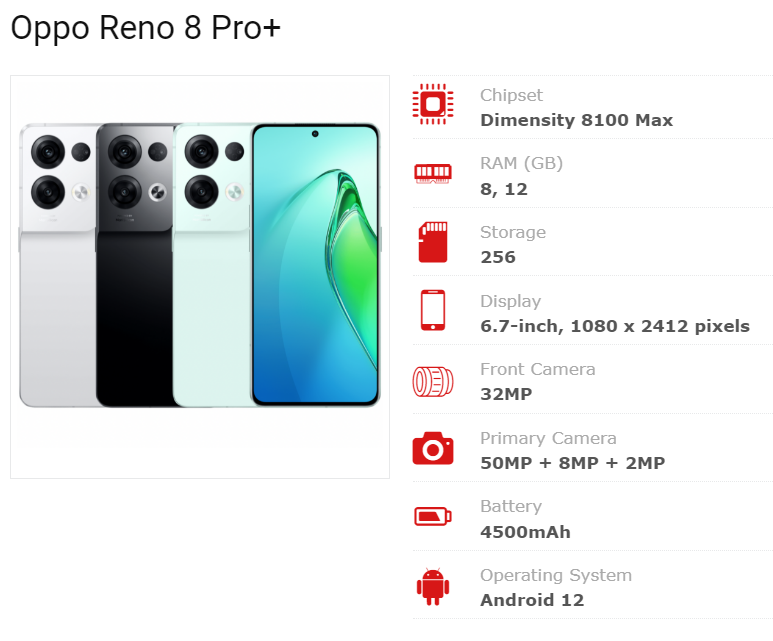