Instagram is back up after some users ran into an error message in the app around 12:30 p.m. ET Thursday. People from around the world reported they couldn't access the app or refresh their photo feed, according to Down Detector. "And we're back!" Instagram posted on Twitter. "We resolved the issue that caused today's outage, and we apologize for any inconvenience."

Meta Platforms Inc said on Thursday that several users were having trouble accessing its social network, Instagram. "We’re working to get things back to normal as quickly as possible," Meta said. About 7,000 users reported issues with the platform, according to Downdetector.

The user reports were as high as 24,000 earlier, said Downdetector, which tracks outages by collating status reports from a number of sources including user-submitted errors on its platform. Several users took to Twitter to share updates and memes about the service disruption, with #instagramdown trending as a hashtag on the social media site.

While some users are just experiencing slowdowns with the Instagram app, others can’t even log in to the app. Some Instagram users are also unable to load new posts in their feed, open Stories, or receive and send direct messages. 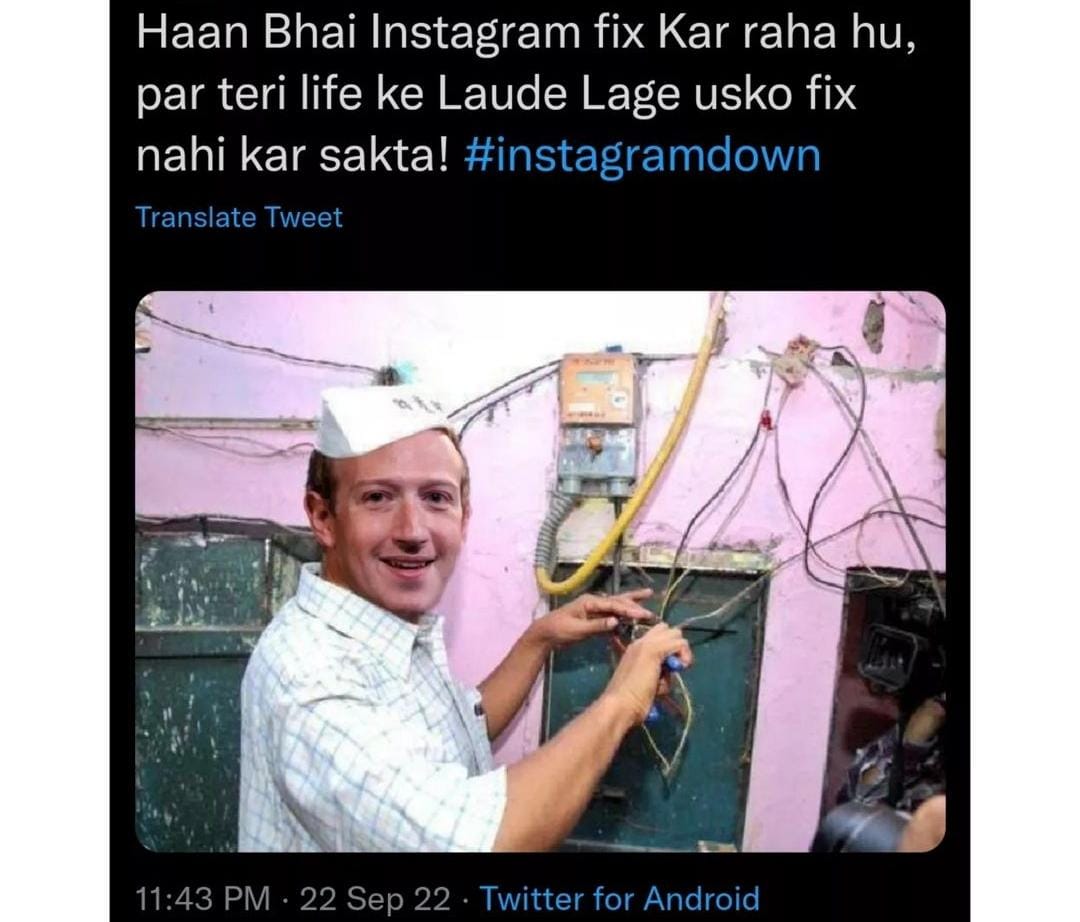 A user shared, "I thought someone hacked into my business #Instagram account. Thank God #twitter is up and working and I got to know Instagram is down!" Another wrote, "My Instagram stories are down how are the people going to know I'm sick and having a breakdown."

Instagram was down for thousands of users in various parts of the world on Thursday, according to outage tracking website Downdetector.com. Several users reported that the app crashed, and even after restarting the app, it continued to crash. Several users also said they were unable to post images on the platform.

Instagram acknowledged the issue users faced and said it is working on a resolution. "We’re aware that some people are having trouble accessing Instagram. We’re working to get things back to normal as quickly as possible. Sorry for any inconvenience, and hang tight!" the image-sharing platform tweeted.