Google said that the new spam calls label will appear on the incoming call screen as well as in the call history. Users will have two choices here. One is they can confirm a suspected spam call, which causes future calls from that number to go directly to voicemail and call history entries to be put in the spam folder.

The new feature was announced by Google in a Workspace blog update. “To help protect you from unwanted calls and potentially harmful scams, Google Voice shows a ‘suspected spam caller’ label on all calls that Google believes to be spam. Google makes this determination using the same advanced artificial intelligence that identifies billions of spam calls each month across Google’s calling ecosystem," the company said. 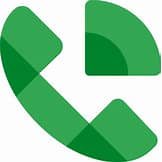 The release notes for Google Voice on the App Store and Google Play Store confirm the removal of the feature as the company says, “Smart reply is no longer supported." The company has not given any explanation on taking down the feature. It is possible that it could be a server-side change.

Users get a phone number for calling, text messaging, and voicemail. It works on smartphones as well as computers. Second option is to mark a labeled call as not spam, after which the suspected spam label is never displayed for that number again.