CPU Vs GPU: What to Choose for Graphics

CPU and GPU have some common things. Both of them are made from silicon chips. Consequently, both also have some differences too. We always wonder what makes CPU different from GPU. We search CPU Vs GPU on Google for this. Not only this we also think which Graphics card we should go with. This might help you out with this.

What is CPU and GPU?

GPU is same as CPU. Apart from handling many tasks. It handles only one task and that is Graphics. GPU appeared as a response to graphically intense applications. This put a burden on the CPU and lowers the computer performance. GPU is generally used to lower the CPU burden. It takes Graphics tasks from the CPU. This lets the CPU to perform other tasks. Consequently, increasing performance. 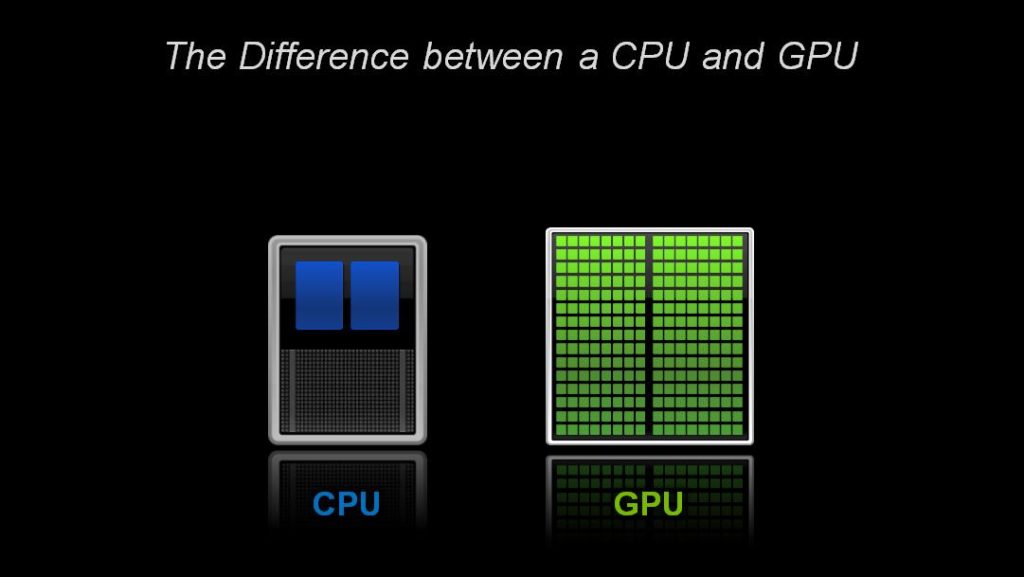 CPU vs GPU is the most common question among people. We think if CPU can do graphics processing then why we need Graphics Card called GPU.

This question can be answered with a simple example. Suppose you have a high-end processor with a good amount of RAM. But you do not have any dedicated graphics card. You can run graphics demanding applications and games. But you may feel some lag in the operation.

Now consider the same configuration but with a dedicated Graphics Card. Then you will not get any lag with the applications and games.

Difference in cores and clock

CPU Vs GPU can also undertake this point. GPU contains many Core (1000+) but lower clock speed (1 GHz to 2 GHz) as compared to CPU. In contrast, CPU has 2-8 Cores with higher clock speeds (3-4Ghz) but still, GPU performs better than CPU.

GPU performs better than CPU in Graphics application. This is due to the fact that GPU has a higher number of cores to handle the task. Number of Cores are like hands. In CPU we have a lower number of Cores. These Cores moreover have to work a lot of things. Whereas GPU has a lot of Cores which is used to work only on one thing. GPU only handles Graphics tasks. This gives GPU an upper hand over CPU.

Some popular GPU manufacturers are Nvidia and AMD. Whereas in CPU we have Intel and AMD. CPU's are often called as APU. Accelerated Processing Unit is the combination of the CPU and GPU in a single unit.