Asus is one of the few smartphone companies that has pushed barriers in terms of specifications in their attempt to promote gaming smartphones in India. In the past also, the Taiwanese company has given the top-notch hardware and software on the Republic of Gamers, better known as ROG, branded smartphones. The ROG Phone and ROG Phone 2 did manage to make an impression, despite being mostly pitched at pro-level mobile gamers. The company’s newest gaming phone is the third iteration of the aforementioned ROG phone, known as the ROG Phone 3.

ROG Phone 3 is based on the legacy of its popular and insane value-for-money predecessor. The phone has more RAM than most people's laptops and one of the largest batteries found on any phone today. It is the first Snapdragon 865+ phone to launch in India, with a 144Hz display, 64MP triple camera array, and a massive 6,000mAh battery as well.

ROG Phone 3 is carrying forward the same design idea as to its predecessor (ROG Phone 2). You will still find tiny bezels, both at the top and bottom on the front, but they’re considered essential for fulfilling gaming experience. The bezels help to avoid unwanted touches, which is great, but the biggest benefit is that there’s room for dual front-firing speakers. It’s a kinda good feature here. 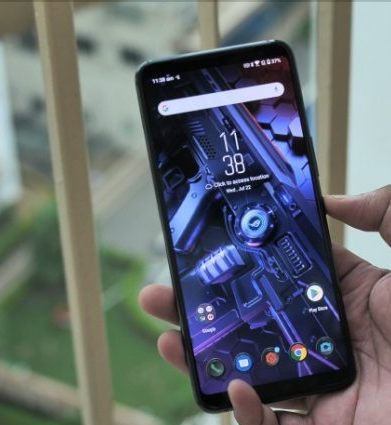 The back design remains almost the same as well. The shimmering lines, angular camera, and the heat vent help complete the gaming phone look. Supporting a triple camera array, an RGB-lit ROG logo, and Gorilla Glass 3 protection on the rear. The fingerprint sensor sits under the display and the phone a little heavy – 240 grams, to be exact. The Phone is powered by the octa-core Qualcomm Snapdragon 865+ SoC. You’ve got up to 12GB LPDDR5 RAM and 256GB UFS 3.1 storage onboard.

Talking about the thermals of this gaming phone, ROG Phone 3 comes with an upgraded Game Cool 3 cooling system with a redesigned Copper 3D vapor chamber, a large graphite film, and a bigger heat sink for thermal management. Asus claims that its thermal system will help keep the temperature in check, offering a stable gaming experience. 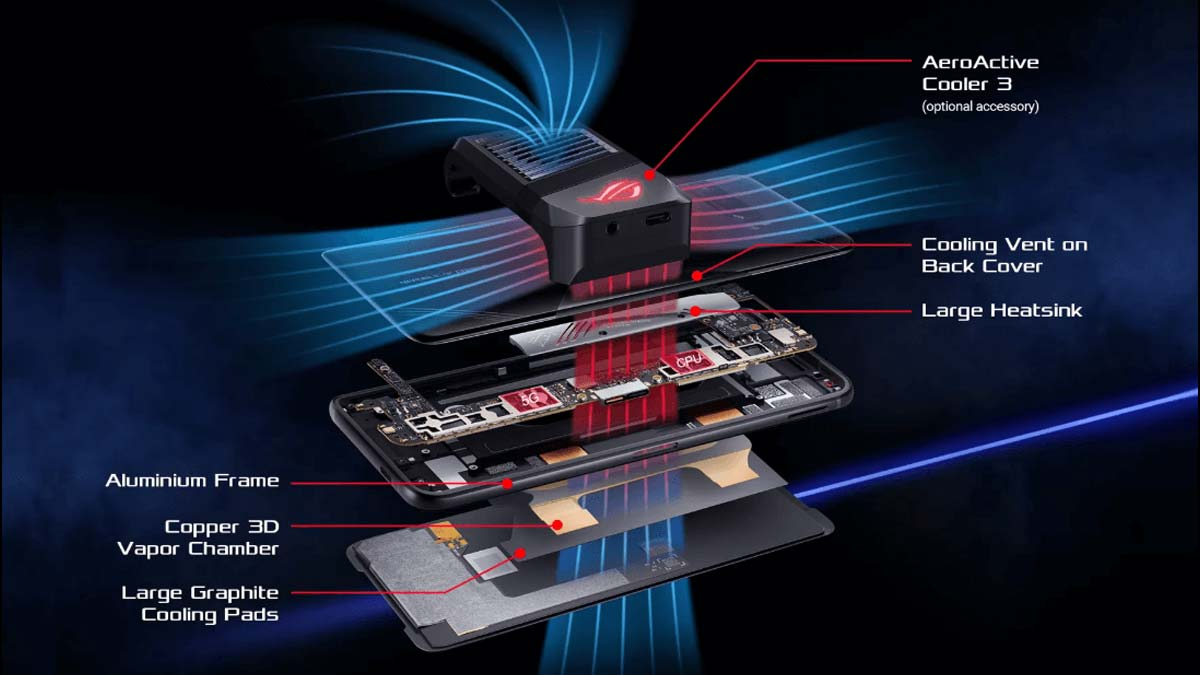 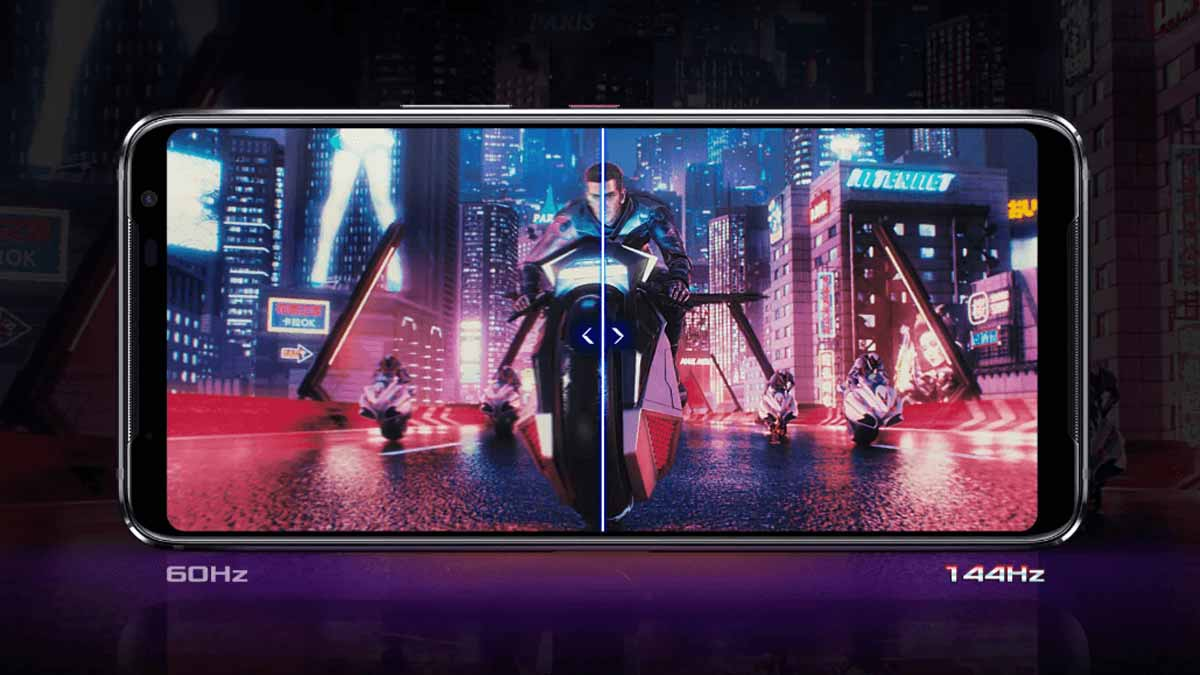 For photography, the ROG Phone 3 features three rear cameras, a 64MP main, a 13MP ultra-wide-angle, and another 5MP macro. On the front, the phone has a 24MP camera.4K video recording support through its rear camera setup is possible, while the front camera is capable of recording up to 1080p videos. 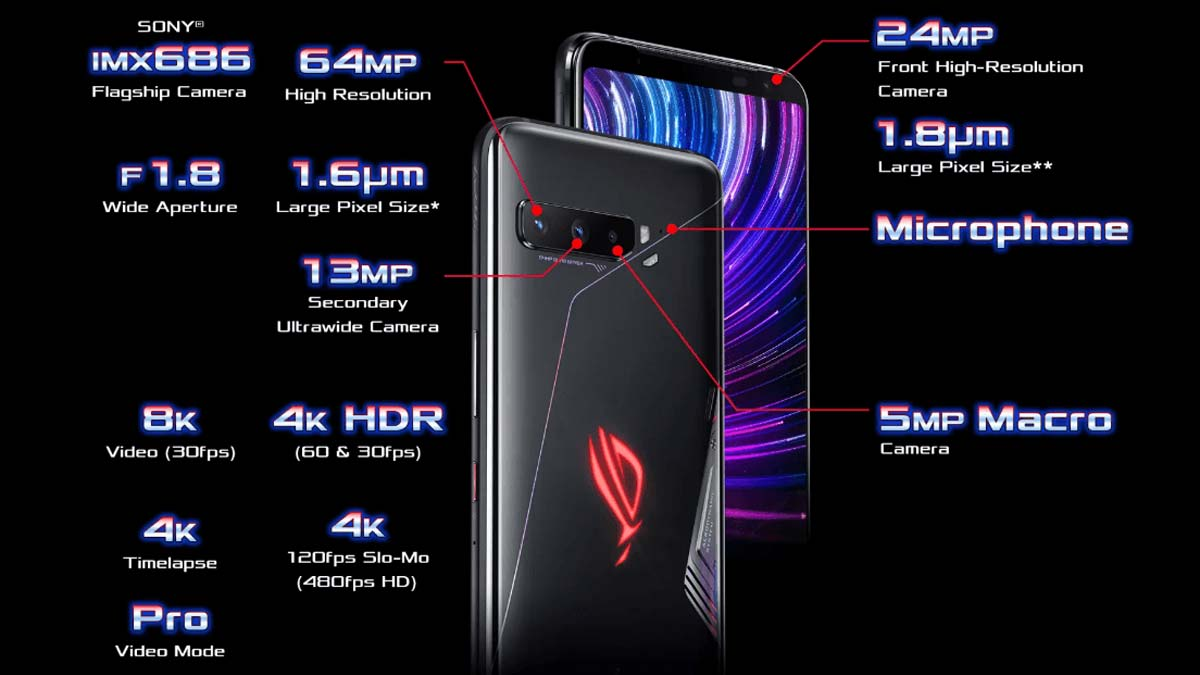 In terms of battery power, the ROG Phone 3 packs a 6,000mAh battery that supports 30W fast charging support. The battery capacity is the same as that of the ROG Phone 2. This massive battery is the reason why the phone is quite a heavy weighing around 240 grams. 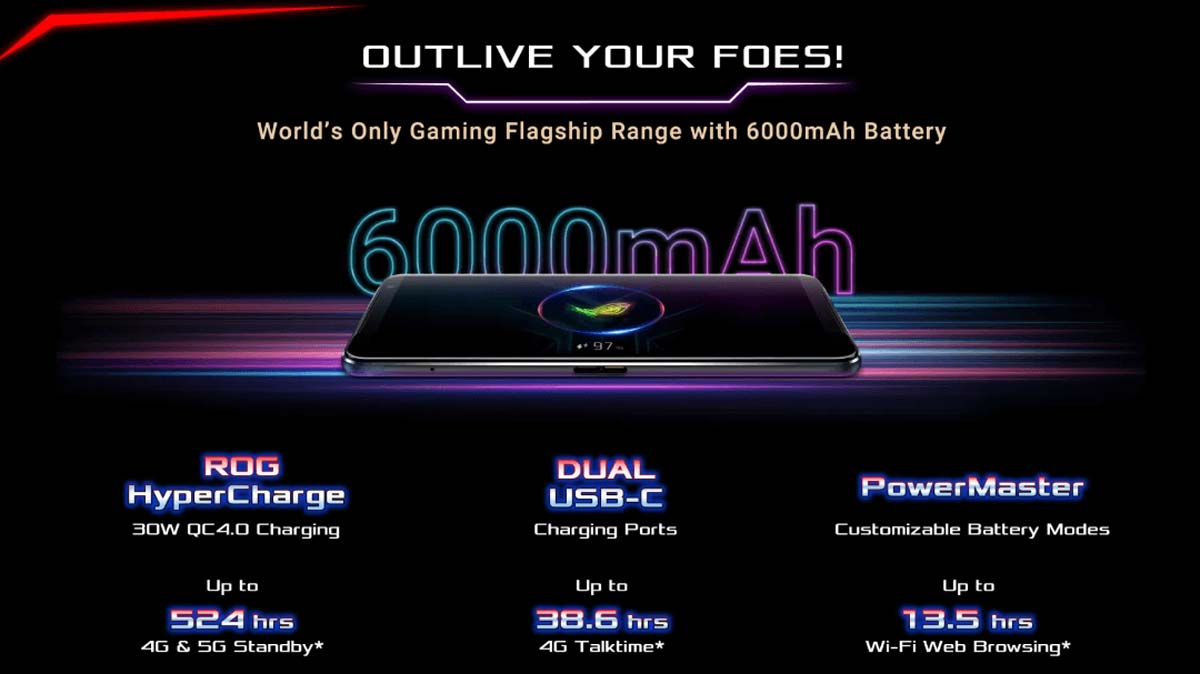 The phone has got connectivity options that include 5G, 4G LTE, Wi-Fi 6, Bluetooth v5.1, GPS/ A-GPS/ NavIC, USB Type-C, a 48-pin side port, and a 3.5mm headphone jack. Sensors on the phone include accelerometer, ambient light, gyroscope, magnetometer, and a proximity sensor. Following the technology, there is also an in-display fingerprint sensor.

The company’s hallmark AirTriggers are also getting an upgrade in the third iteration of the ROG Phone. The AirTriggers 3, features a swipe gesture and dual-partition button emulation while a separate motion sensor adding another gesture that would allow gamers to control the action just by shaking the phone. This feature is so cool and will make gaming very comfortable on the phone.