Samsung Display, earlier this year, announced that it was developing an All-in-One fingerprint sensing solution for the next generation displays called ‘OLED 2.0’. As per reports, Samsung OLED 2.0 display could include an advanced fingerprint sensing technology that would enable smartphones to scan multiple fingerprints at a time.

“With the OPD technology you can either use four-finger authentication, raising security 2500 million times on the single finger version, or you can use “point to open” security on single specific apps. Touch that app and it even confirms who you are before opening the app,” May added.

That's not all! Samsung could also embed other sensors into this OLED display, such as biosensors for blood pressure and blood sugar levels, and even 5G antennas. It is said that technology could debut sometime in 2025 on Samsung's high-end smartphones.

At the heart of Samsung’s OLED 2.0 be the OPD technology (Organic Photo Diode) for multi-fingerprint sensing developed by a French company called ISORG that focuses on developing OPDs. The technology includes a very thin component sensor that can be laminated to an OLED display and allow for multi-fingerprint sensing. Samsung, as per reports, will use a version of ISORG’s technology in its OLED 2.0 displays for smartphones. 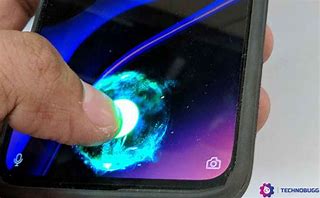 By 2025, according to May of ISORG, Samsung will likely release OLED 2.0 panels. Since the new iPhone models rely on Face ID, the CEO stated in an interview with OLED-inc that he doesn’t anticipate Apple getting involved in multiple fingerprint scanning. As a result, Samsung is anticipated to dominate the smartphone industry in All-in-One sensing in addition to becoming the first phone manufacturer to enable multiple-fingerprint scanning. ISORG's technology is expected to go in mass production in 2023 and the company predicts that it will arrive in Samsung smartphones sometime in 2025.

In the interview, the ISORG CEO revealed that with a single fingerprint the chance of getting a false positive is around one percent. “With the OPD technology you can either use four finger authentication, raising security 2500 million times on the single finger version, or you can use “point to open” security on single specific apps,” he added.

As far as availability is concerned, ISORG’s technology is expected to go in mass production in 2023 and the company predicts that it will arrive in Samsung smartphones sometime in 2025.

Since this is a Samsung Display product, we could also expect brands like Apple to make use of the technology on its flagship iPhone of that year. Apple could avoid using the in-display fingerprint scanning technology in order to keep the FaceID tech relevant. However, it could embed the 5G antennas in the display, as well as other bio sensors.