Krafton has released the updated version of PUBG Mobile after being banned for a year in JUNE 2021. But at that time only Android users were kept at the advantage and BGMI for iOS has no releases yet. As time passes, we came to see an official post by Krafton that suggests that BGMi for iOS is coming really soon. And now the time has come when we are going to have BGMI on our iOS devices.

The Apple store listing for BGMI is now live and it is 1.9 GB in size moreover, Krafton has put an age limit of 17 and above for users to download it on their iPhones, and iPads. So, in case if you are under 18, then you would require guardian authorization to download and install BGMI on your iOS devices. 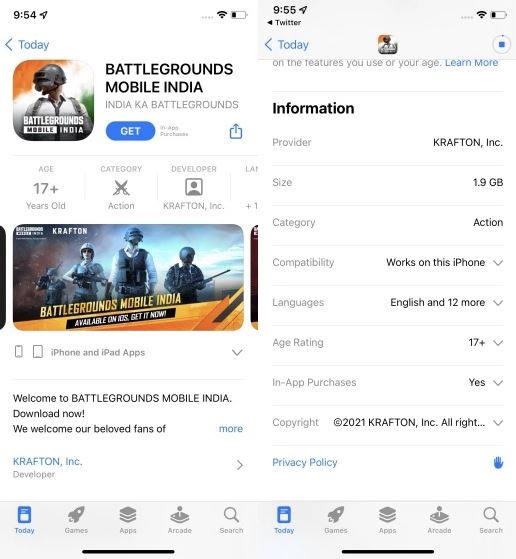