To start with the advantages of one over another, you should understand what these are in the first place. x86 refers to 32 bit OS and x64 refers to a system with 64 bit. Here, a bit is a single character input (either 0 or 1). From this we can understand that a 2-bit system can be represented with 4 values and for a 3 bits system it can take 8 values, this tells us that with the increase in the number of bits, the number of values they can be represented with increases exponentially.

Hence you should understand that the number of bits any system works on is directly proportional to the amount of memory occupied by the system. 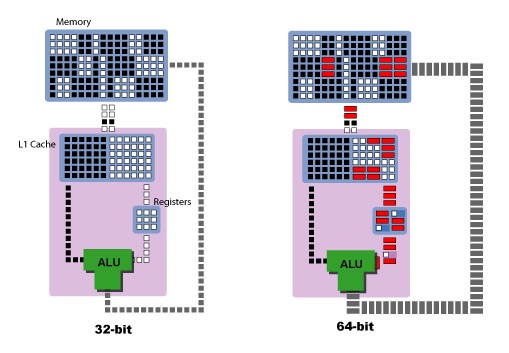 Now coming back to 64-bit and 32-bit processors, it is quite understandable that a 32-bit processor occupies around 4GB of RAM and that in a 64-bit one, around 16 BILLION GB of RAM (Woah, that's a lot now!). Hence one should not always go for the "bit" but also keep in mind about the RAM too. The main difference between these two is the speed they operate at. 64-bit processors can come in different versions for hardware engineering, redesigning, and also for the tasks with a demanding cache. Multiple cores allow for increasing the processing power and faster computer operation. Software programs that need many calculations to function operate faster on the multi-core 64-bit processors, for the foremost part. It is important to notice that 64-bit computers can still use 32-bit based software programs, even when the Windows OS may be a 64-bit version. 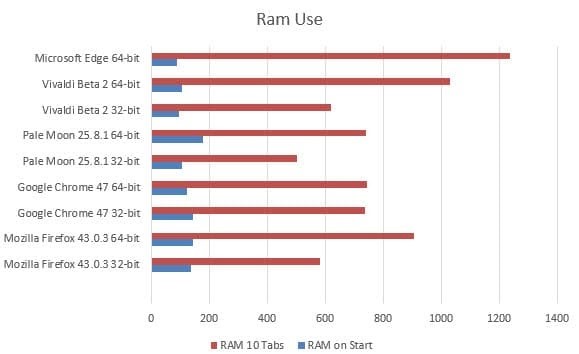 Now, how to choose the correct processor?

This is decided based on 3 main factors:

Some of the applications of the processors:

To conclude, both have their share of pros and cons and should carefully be informed of them. based on the three factors mentioned above, users' requirements, etc, one can go with one of them.