In the patent, the company shared 32 product images along with a brief description as well. Looking at the images, the device features a sleek design with a full front screen body on the front and no physical buttons being visible on the device, adding to its futuristic design.

It has long been known that Xiaomi is one of the manufacturers developing under-display camera (UDC) technology. The patent showcases a handset with a camera module that has a thunderbolt-like the design on the rear of the device.

Xiaomi has designed a new camera system for this, in which the lenses are arranged as a kind of thunderbolt (lightning bolt) about each other.  Halfway through last year, Xiaomi demonstrated the 3rd generation of this technology. 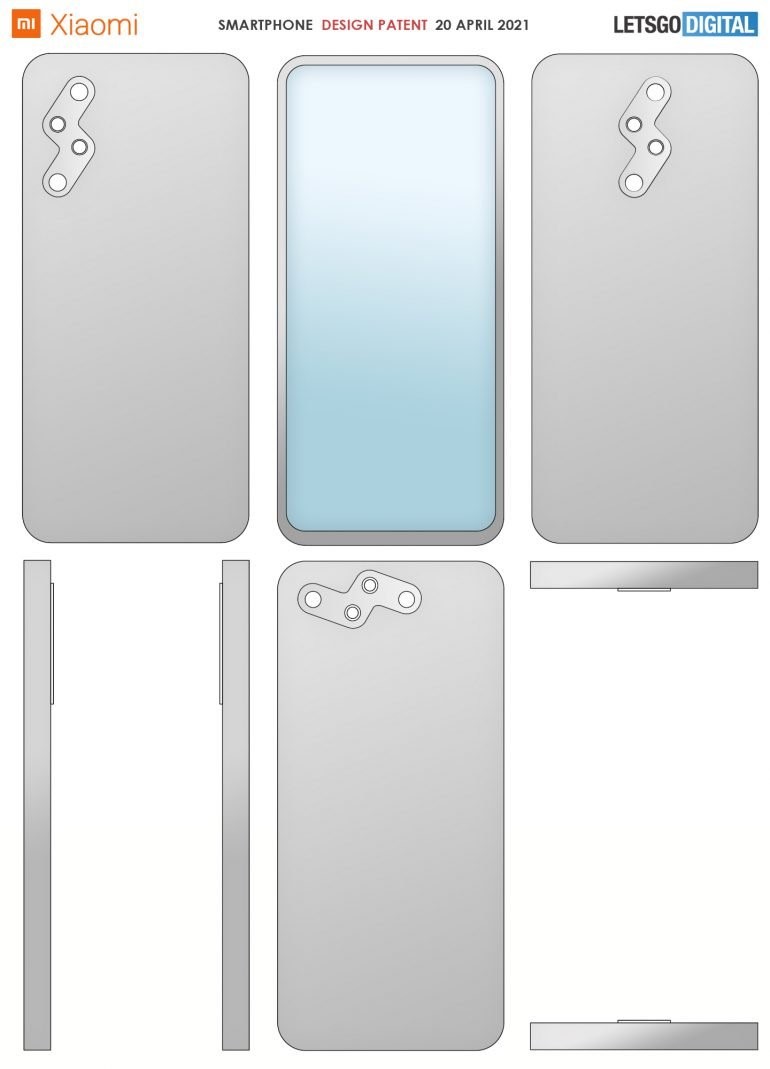 The thunderbolt camera module houses two image sensors in the middle while the outer part of the thunderbolt features two LED flashes. The camera module also surprisingly protrudes just slightly from the rear panel. The front is dominated by a large display, without a notch or punch-hole camera.  This Xiaomi smartphone has an under-panel camera, or the selfie camera is processed under the screen.  The Chinese manufacturer is expected to introduce its first smartphone model with this new selfie camera tech this year.

So stay tuned with GizMeek for more updates.