Anyone with a smartphone knows the problem: After 18 months or so, it holds a charge for less and less time as the battery begins to degrade. Scientists have been studying the use of nanomaterials to improve supercapacitors that could enhance or even replace batteries in electronic devices. It’s a stubborn problem because a supercapacitor that held as much energy as a lithium-ion battery would have to be much, much larger.

Scientists at the University of Central Florida (UCF) have developed a supercapacitor battery prototype that lasts 20 times longer than a conventional lithium-ion cell. It charges in seconds. “If they were to replace the batteries with these supercapacitors, you could charge your mobile phone in a few seconds and you wouldn’t need to charge it again for over a week,” said Nitin Choudhary

“There have been problems in the way people incorporate these two-dimensional materials into the existing systems – that’s been a bottleneck in the field. We developed a simple chemical synthesis approach so we can very nicely integrate the existing materials with the two-dimensional materials,” said principal investigator Yeonwoong “Eric” Jung, an assistant professor with joint appointments to the NanoScience Technology Center and the Materials Science & Engineering Department. 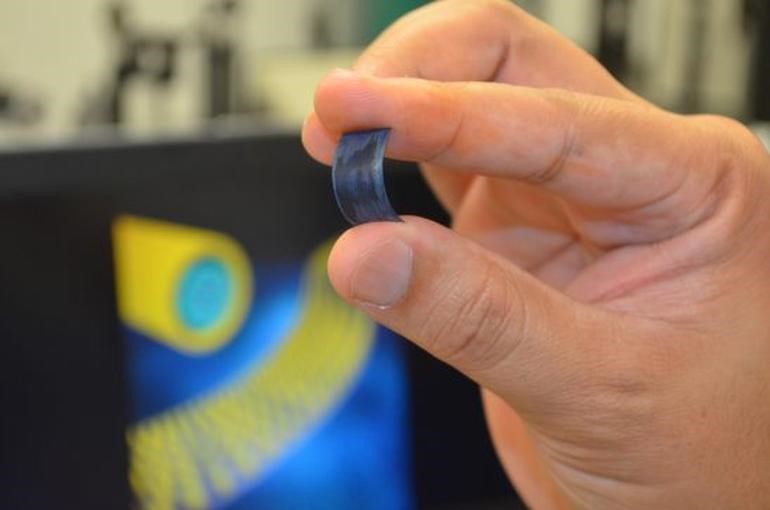 By comparison, the new process created at UCF yields a supercapacitor that doesn’t degrade even after it’s been recharged 30,000 times. Jung is working with UCF’s Office of Technology Transfer to patent the new process. "That's been a bottleneck in the field. We developed a simple chemical synthesis approach, so we can very nicely integrate the existing materials with the two-dimensional materials," Jung said.

"If they were to replace the batteries with these supercapacitors, you could charge your mobile phone in a few seconds and you wouldn't need to charge it again for over a week," said Nitin Choudhary, a postdoctoral associate and one of the main authors of a new paper detailing the process. Scientists already knew two-dimensional materials held great promise for energy storage applications. But until the UCF-developed process for integrating those materials, there was no way to realize that potential, Jung said.“For small electronic devices, our materials are surpassing the conventional ones worldwide in terms of energy density, power density, and cyclic stability,” Choudhary said.

Historically, one of the main disadvantages of supercapacitors is that they hold far less energy than a similarly-sized lithium-ion battery. So researchers have been exploring the use of nanomaterials, such as graphene, to improve capacity. Jung is in the process of patenting the method. However, he warned it could be some time before this technology is seen in electronic gadgets and vehicles. Their supercapacitors are packed with millions of nanometer-thick wires wrapped in two-dimensional materials.

Apple A14 Bionic boost up with ultrasonic speed

The A14 Bionic is an important chipset for Apple, as it is apparently planning to release four iPhone 12 models this year....

Github, the world's leading software development platform last year at Github Universe 2019 revealed its plan to store all of its open-source software data in an Arctic vault as part of its Archive Program. Now the code-hosting platform is done ma...

Android is one of the famous mobile platform, widely used by people in the world. It is famous but still people complain about its poor performance and want to have a superfluid User Experience on their respective Android Smartphones, so in this t...

Chrome seems laggy to most of the people. This can be due to low PC specifications such as RAM, Processor, Storage option, etc. But we can not do anything to overcome this. Instead what if we take most of the present condition of Chrome. There are...