Last year, Samsung applied for a patent called 'Apparatus and method for operating multiple cameras for digital photography', and the 55-page document has now been published online. It appears to show that the company is experimenting with a camera array featuring five wide-angle lenses and one telephoto lens, as well as other variations. But what's really interesting here is that the cameras are tiltable, with each lens being able to tilt independently of the others. Theoretically, a device could optimize the camera array configuration using special image processing algorithms that achieve greater quality than if the sensors were immovable.

Regular images could also have a higher dynamic range and the bokeh effect could target more subjects individually as well. Samsung, however, does have plans to minimize some of the shortcomings of this system. In the patent documentation, the company talks of using a pop-up mechanism in order to reduce the space occupied by the array inside the smartphone. The tilting cameras could pop-out and tilt freely in any direction.

It could also enable capturing a panoramic image with bokeh effects, which is not yet available on any current Samsung device. This enables the sensors to achieve a wider focal length overall and may even help in producing panoramic shots without moving the smartphone itself. According to the patent paper, this kind of camera array can result in better quality images in poor lighting conditions, too, as well as increased focus range and higher-quality HDR when properly optimized.

While the 6 sensor camera module is eye-catching, the main aspect regarding this camera module is its tilting mechanism for its sensors. Look at the images in the patent, we can observe the image sensors being able to tilt. 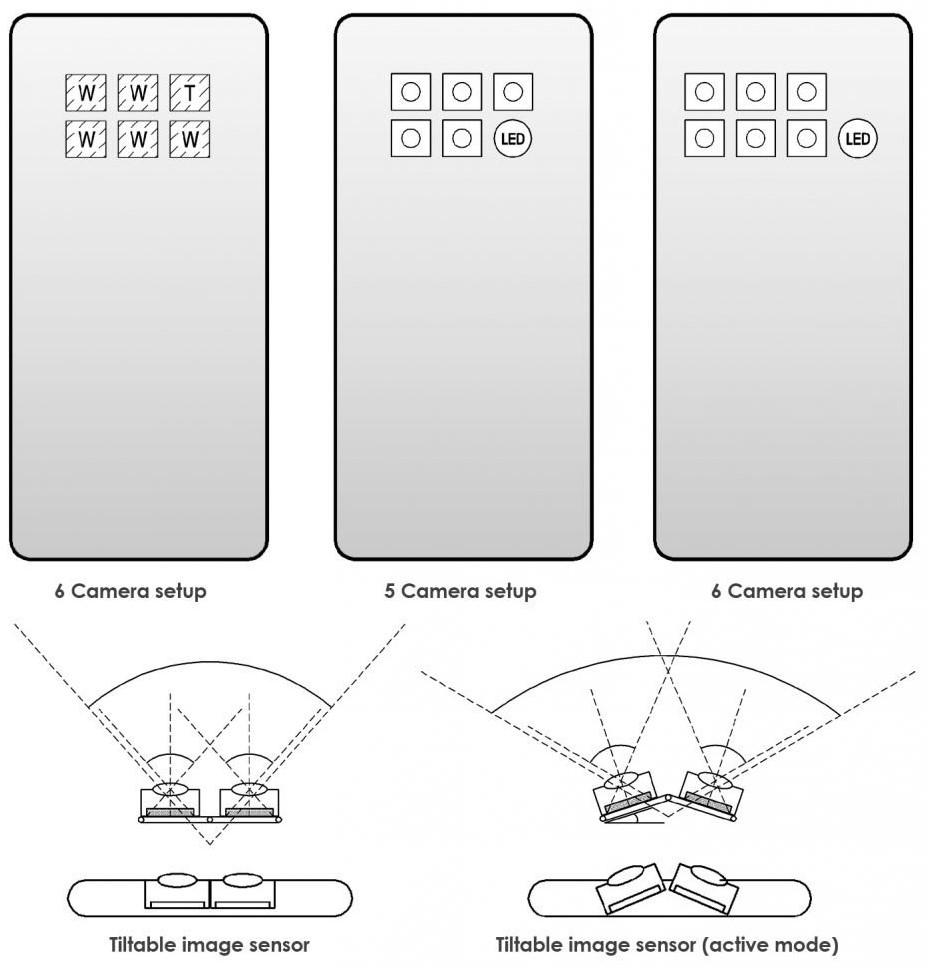 The cameras can tilt both horizontally as well as vertically. This enables them to achieve a greater focal length, which may further help to produce a better image quality than if the sensors were immovable. The sensors can work together to deliver a sharper focus, higher dynamic range (HDR), and better low-light pictures.