How to become an Android developer ?

Android development is one of the most popular in the IT sector. A recent survey showed that Android devices account for almost 50% of the global smartphone market. With millions and Android devices, it is obvious that it has a never-ending career. Now let's get started on your career in Android Development.

We will help you to advance your career in android development and make your first android app. Now you have learned about the basic requirements, let's learn which is the best programming language and tool for your android app. 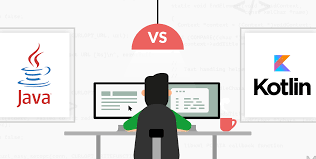 We would prefer that you should go for JAVA. Java is the most widely used language in Android development. Plus, Java has a very large community as compared to other languages. If you don’t have knowledge of Java but if you have strong knowledge of C or C++ follow some Android tutorial easily you will learn Java.

Kotlin is also an upcoming language. Kotlin is designed to interoperate fully with Java, and the JVM version of its standard library depends on the Java Class Library, but type inference allows its syntax to be more concise.

For developers who want to develop a cross-platform app, we would recommend you to learn C#(Native) or Flutter(React Native).

For Java developers, Android Studio and Eclipse are two best tools for Android development. Wondering which one to choose?

Let's compare both depending on the major aspects :

Both IDEs work differently in managing and organizing the projects. In eclipse workspace contains the projects. In the android studio, there is a concept of modules. Each module can have its own Gradle build files.

We found Android Studio more easy and efficient to use and its interface better than eclipse. Even though it takes time to build the project for the first time, it's code completion, hints and Interface design tool outweighs that.

Besides all these things, it will take a lot of efforts, passion, dedication and persistence to become an expert. All the best and we wish you luck on your path to a successful career in Android Development.